How one teacher transformed lunch time and improved lesson time with the help of Premier League Primary Stars. 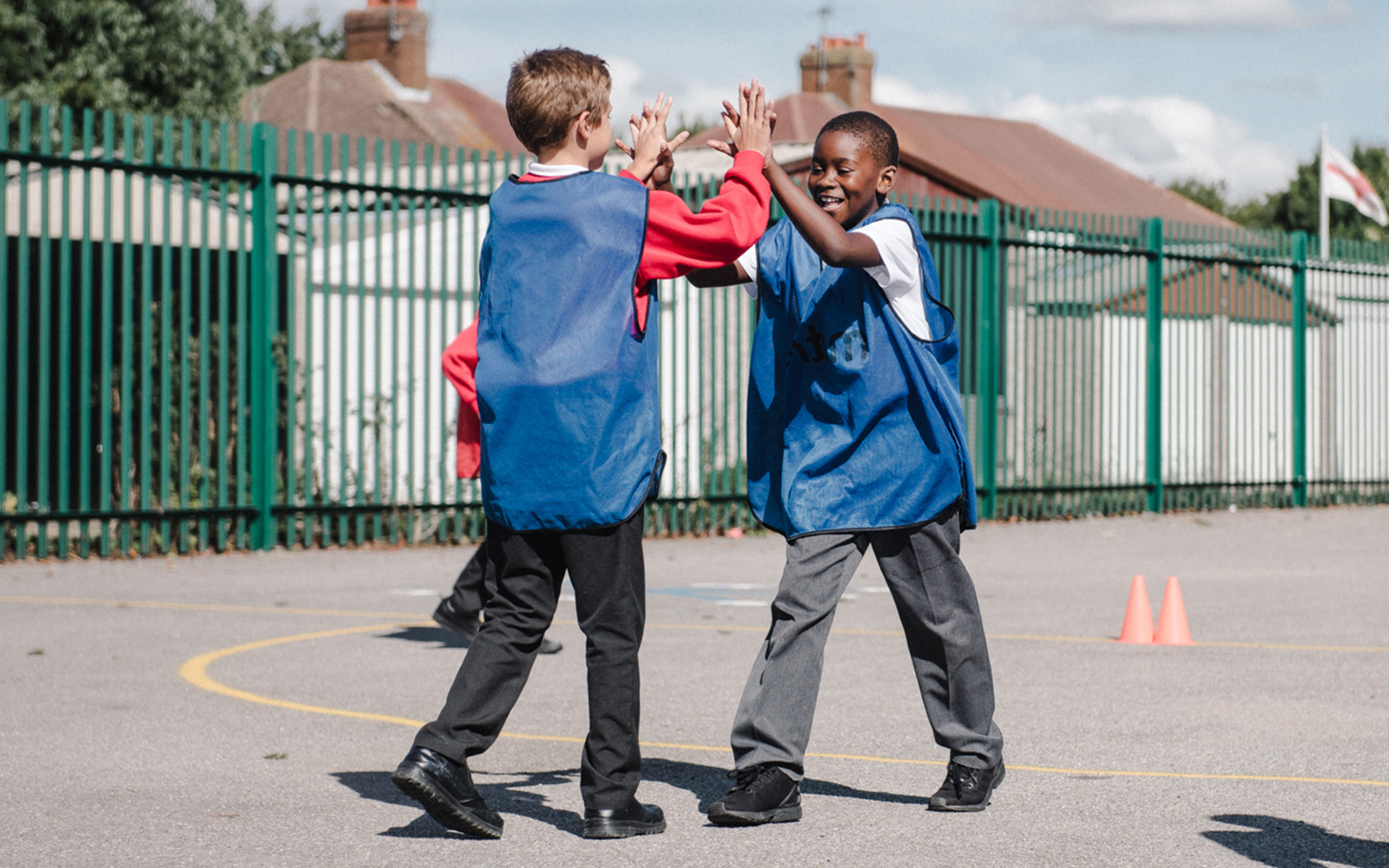 Steph Tilbury is a qualified secondary PE teacher who currently works as a Teaching Assistant at Abel Smith School in Hertford.

She wanted to find an exciting way to motivate and reward some Year 4 pupils, so she got in touch with Tottenham Hotspur, who told her about Premier League Primary Stars.

Steph then signed up via the website and explained how she used the programme to help the children and staff at the school.

“I’m always looking for new ways to inspire the children I work with. We have a challenging group of boys who were having very difficult lunch times. There were lots of arguments; words like ‘not fair’ and ‘cheat’ were being used a lot.”

“When lunch time play isn’t good, we often find it snowballs and spills over into lesson time, affecting behaviour and concentration.”

Knowing she was a PE specialist, the headteacher of the school asked Steph for ideas that could support the children burn off some energy and get along better.

Initially she was just kicking a football around with them, but after finding out about Premier League Primary Stars, Steph decided to put a lunch time club together using the resources.

“I started the club with 15 boys for 30 minutes at lunch time by watching the Primary Stars three minute video called, ‘Team building and inspiring others’. It instantly got their attention because it was Premier League and it was very high-quality. They immediately liked the young people in the video and were impressed to see Premier League players in it. It then gave us the chance to have a good discussion afterwards and get them thinking about their own teamwork.”

Steph then set up five stations in the classroom, which the pupils rotated around to try out different things. Lego, a target game, speed stacking, push penny football and drawing a picture of a Premier League player were all on offer.

“Before starting the activities, I discussed the Premier League values of being inspiring, ambitious, connected and fair, with the children. Then if they saw anyone demonstrating these behaviours, they nominated them to get a certificate. I make sure they really earn them and they get their name on a Premier League poster on the wall, so they feel very special.”

The Premier League rewards have also been a big hit in the school: “The children love the stickers and the certificates because they say Premier League on them – it’s so much more special to them than if I just created a certificate! The parents have also commented how great it is that the children are having much better lunch times and enjoying themselves again.”

“We have a real mixture of boys in the group with different needs. Whilst things aren’t perfect all the time, using Premier League Primary Stars resources to help them think about their behaviour and motivate them to improve has definitely had an effect.”

For one boy, the lunch time club has given him confidence. During the session he was trying really hard to beat his personal best score at push penny football.

He was getting close and everyone was cheering him on and encouraging him. After a few attempts he finally managed it and he was delighted to be rewarded with a Premier League ‘Ambitious’ sticker and certificate.

“The lunch time club I run with Premier League Primary Stars is optional – but in the three weeks of running it so far, not a single child has missed a single session. They are always asking me if it’s on! It’s helped the staff out and benefited the children hugely.”

Steph started the club with a particular group of boys in mind but it has become so popular that many more want to join – and the girls will be having their turn soon.

“Since running the Premier League Primary Stars club at lunch time, I’ve really noticed that the reactions the children have to each other and the conversations they are having with each other are so much better than they were.”