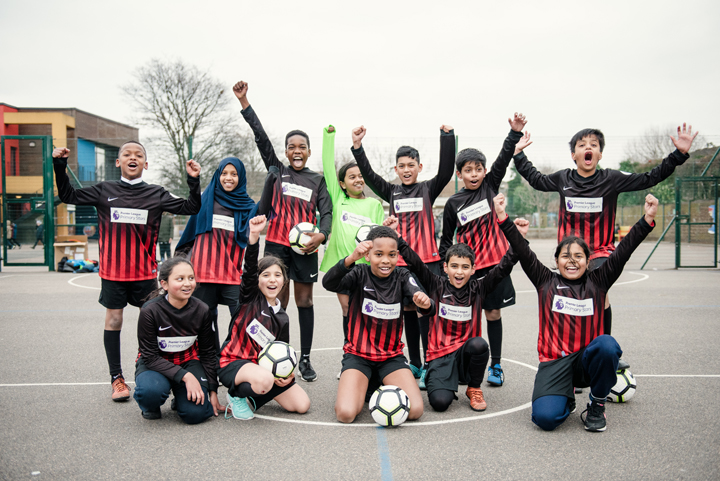 Applications for this season's Premier League Primary Stars Kit & Equipment Scheme are now open. To find out more about how schools can benefit from the initiative’s free kit and equipment, we teamed up with the West Ham Foundation for a visit to Manorfield Primary School in East London.

Manorfield Primary School, based in the London borough of Tower Hamlets, faces many of the day-to-day challenges shared by primary schools around the UK. However, head teacher Paul Jackson has overseen a renewal of the school’s culture and performance in recent years, reflected in Manorfield’s latest Ofsted rating of “outstanding”.

The school has been using Premier League Primary Stars resources in a range of curriculum areas, including Maths, English and PE. The programme has also provided inspiration for initiatives designed to boost literacy among boys, including a football-themed reading area in the school library and a Book Swap Club where football books have proven to be popular among boys and girls alike.

The kit has been hugely popular with the girls’ and boys’ football teams in years 5 and 6. Tanzil in year 6, an Arsenal fan and aspiring striker, explained why it means so much to pull on a Premier League Primary Stars shirt.

“Football inspires us – it’s about coming together, meeting new people, enjoying life, having fun. It’s not always about winning, it’s about pride in who you play for and what you do.”

“It means so much to wear this kit with ‘Premier League’ on it, just like an Arsenal player! The Premier League giving you a kit is an opportunity you don’t get every day, so it’s a big thing for our whole class and the football team. It inspires us to do more and to be better.” 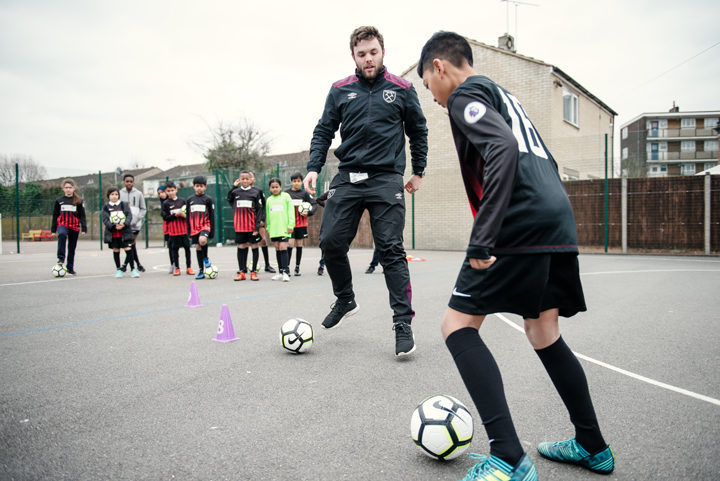 Class teacher Adam Eastick explained that the new kit made an immediate impact on his pupils. “They walk a bit taller when they wear it. It’s a really high-quality kit andas a school facing funding challenges, it’s great to have this kit provided by Premier League Primary Stars.”

“Giving the girls pride in their kit and their representation of the school has also helped more of them to participate in team sports, which is great to see. As a result, I now have four girls who are really talented footballers and they’re taking it forward as a sport.”

Assistant head teacher Frank Harrowell reiterated Adam’s point about pupils’ pride in wearing the kit. “It was amazing to see the pride on their faces the first time they took that kit out of the box. They feel amazing when they put it on! It makes us stand out as a school, so they’re all desperate to be on that team. It’s a reward for all the hard work they do in school.”

Frank also explained that the quality of the kit has been crucial in its popularity. “A lot of normal school football kit doesn’t last long enough. The kids are less likely to engage with it if it’s not good quality. But if you’ve got high quality gear, like this Premier League Primary Stars kit, you’ll get high quality outcomes. For these kids, having that high-quality kit makes the world of difference.”

This year’s application window for the Premier League Primary Stars Kit & Equipment Scheme is open until Friday 28 February. Successful applicants will receive their kit/equipment from April 2020.

Schools should visit this season's kit and equipment scheme page for details on eligibility and how to apply.