Deputy head Karen Ford described the moment the players turned up: “The children’s faces were incredible when Eoin and Alex walked in. Utter amazement… hands over the face… mouths open!”

Eoin and Alex were joined in the classroom by cricketers Sophia Dunkley and Chris Edwards, as well as Premier League match official Sian Massey-Ellis, for a discussion on diversity. The classroom session was run by Chris Manning, a Primary Stars coordinator for the Liverpool Football Club Foundation in tandem with his colleagues. As an ex-primary school teacher, PE specialist and coach, Chris has first-hand experience of seeing the positive effects of combining sport with education.

The session got off to a “fast and stimulating” pace, discussing the children’s shared differences and combined strengths. “You need to keep up with their learning capacity,” explained Chris. The session allowed the kids to “delve into their own lives and celebrate the fact they can all bring something different to the school.” With emoji charts used to confirm the children’s understanding.

The resource encourages children to discuss how a diverse team is a strong team and includes lesson plans and videos featuring contributions from England cricketers Adil Rashid and Sophia Dunkley and Premier League match official Sian Massey-Ellis. Pupils also have the chance to enter an exciting Roar! for Diversity competition, which tasks them with creating an advert that celebrates diversity, for the chance to win match tickets or a trophy visit to their school.

Chris explains that once the children had got over their “surprise and joy” they “asked a lot of questions [on diversity], which shows it really hit home… questions are always an indicator that the kids are genuinely interested.“

He added, “At this school a high proportion of school teams are girls and they play at a high level. They asked Sian Massey-Ellis personal questions on how she got started in the game and her goal tallies. What’s important is it helped them to understand that there is a clear pathway and I believe it will encourage more girls to take up sport.” 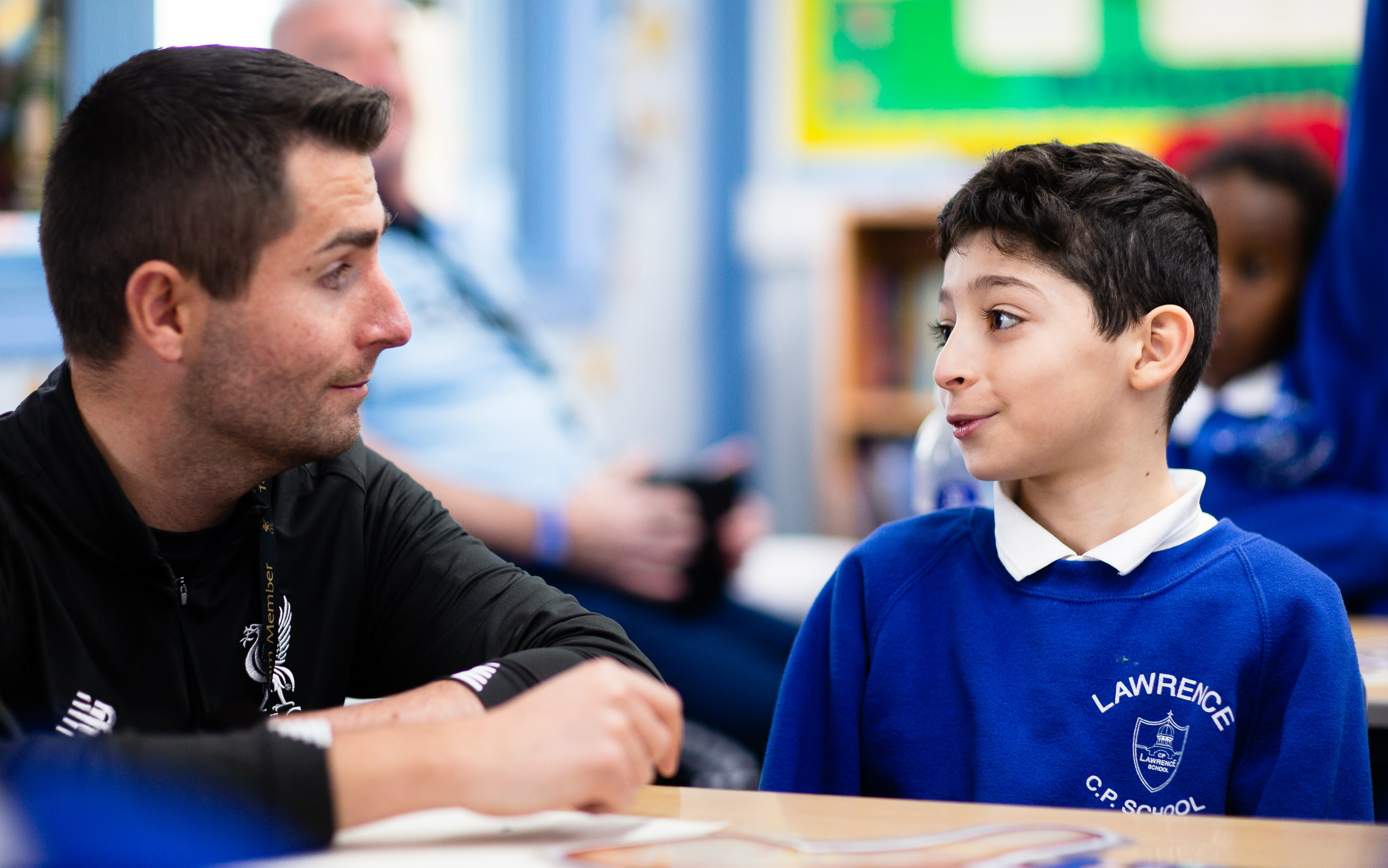 Chris also encouraged the children’s creativity by asking them to create posters for the Roar! For Diversity competition. Those wanting to learn new creative skills got together in groups of four using an ipad to start filming a TV advert on the theme of diversity.“My role was to explain that you can achieve a goal in different ways,” said Chris. “They coped well with having the choice. Using the ipads was great as they involved the players - and the kids enjoyed taking on directing roles.”

He summarised the day, saying: “It was a pleasure to work with these children and refreshing to see them so enthused about sport. The kids were consistently engaged with the message of diversity and their attention span was faultless - especially impressive considering that these were quite long sessions. School and sport need to be well balanced, so we want to spur the children on in their school work too, to encourage them to think bigger in terms of their own careers and future progress. Hopefully we’ve inspired the children to aim high.”

Get involved with Roar! for Diversity and download the resources here. The Key Stage 2 pack enables teachers to discuss with their class how diversity within a team helps to make it stronger. Pupils can then create an advert celebrating diversity which can be entered into our competition and can win match tickets or a school visit from the Premier League or Cricket World Cup trophies.