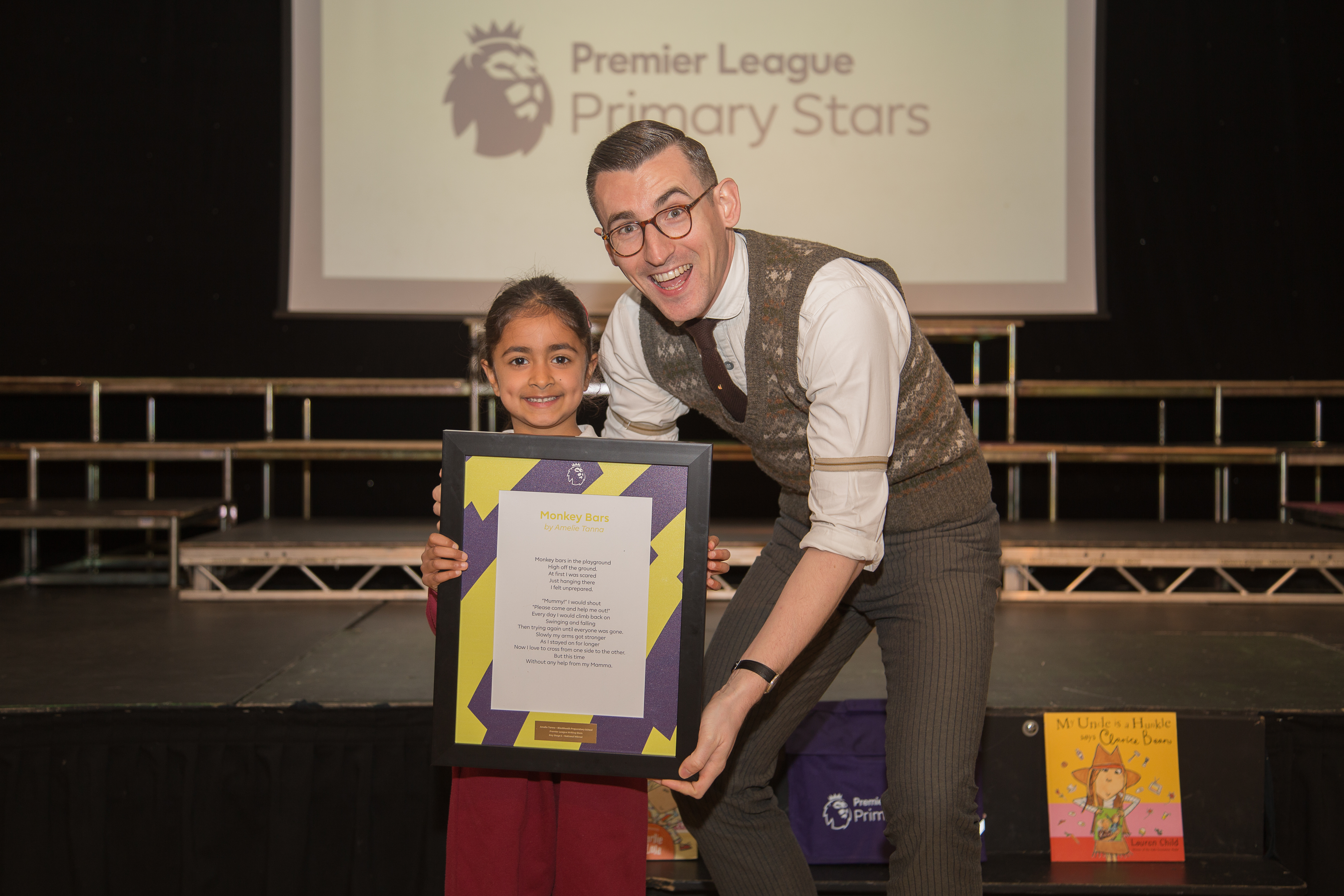 Last year we ran the Premier League Writing Stars poetry competition where we asked pupils from across England and Wales to send us their poems based on the theme of resilience.

With support from professional football clubs, current and former players and stars from the entertainment world, the response was incredible and we received over 25,000 poems!

We would like to congratulate everyone who took part and are delighted to announce the national and regional winners as follows:

You can read the winning poems below!

(Now read from the bottom to the top)

By Sadie, aged 11
(The Hermitage School)

Monkey bars in the playground
High off the ground.
At first I was scared
Just hanging there
I felt unprepared.

“Mummy!” I would shout
“Please come and help me out!”
Every day I would climb back on
Swinging and falling
Then trying again until everyone was gone.

Slowly my arms got stronger
As I stayed on for longer
Now I love to cross from one side to the other
But this time
Without any help from my Mamma.

The judges selected 20 highly commended poems as well as the overall winners for each age group:

Regional and national winners’ poems will be featured alongside those from some familiar faces in a specially published Premier League Writing Stars book illustrated by David Mackintosh.

To find out more about the competition, visit the Premier League Writing Stars competition page.