Our recent poetry competition centred on the theme of diversity is now closed. Winners will be announced in March 2019. 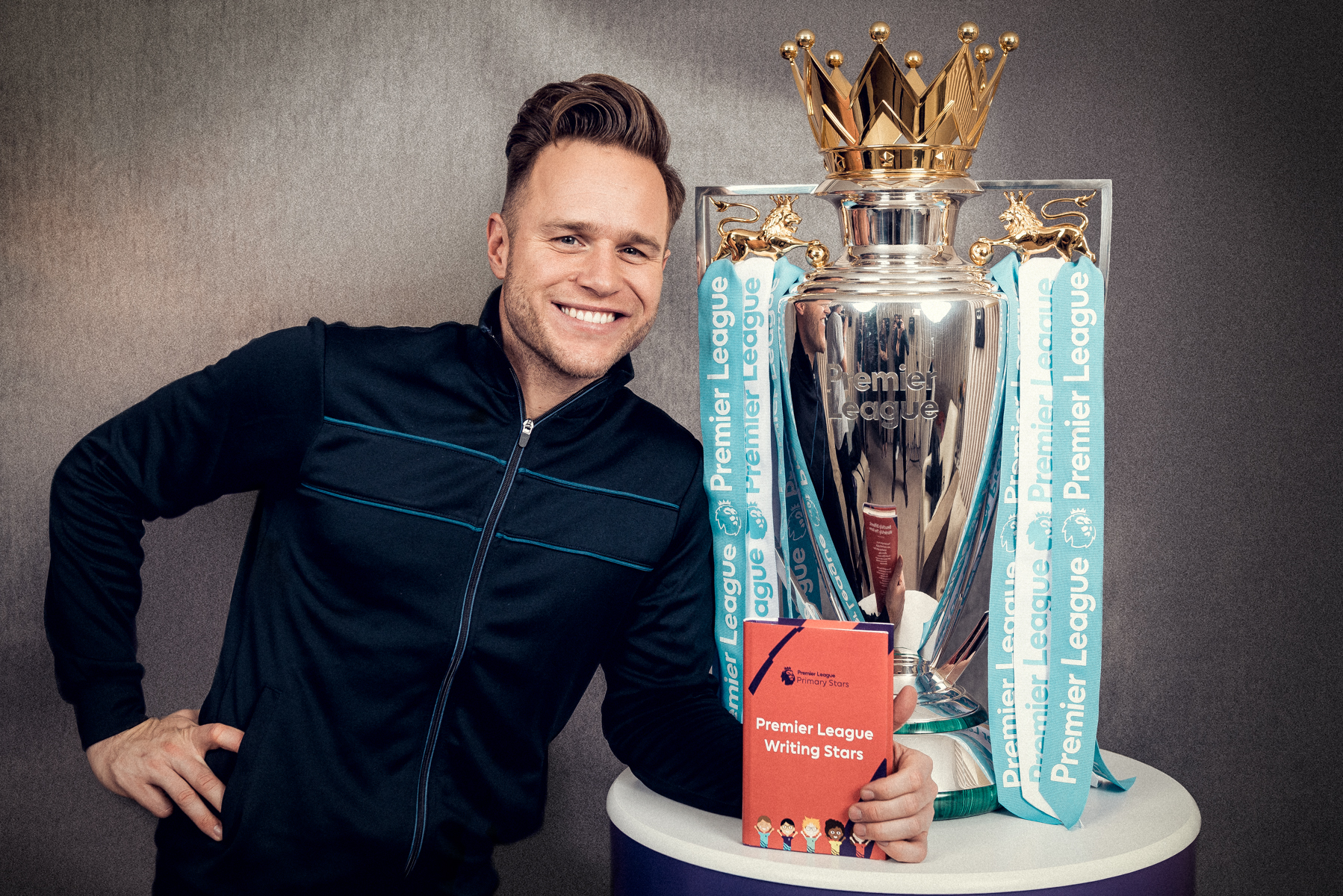 This year's competition is now closed. Thank you to all those who entered. We thoroughly enjoyed reading every poem!

We are pleased to announce that the regional and national winners are as follows:

The judges also selected a number of highly commended entries:

This year we wanted your pupils to write poems based on the theme of diversity, using inspiration from the poem written specially for Premier League Writing Stars, Beautifully different, Wonderfully the same by Joseph Coelho. The poem and subject encourage us to think of ways to celebrate similarities and differences that bring us together, and these are themes that ran through this programme. 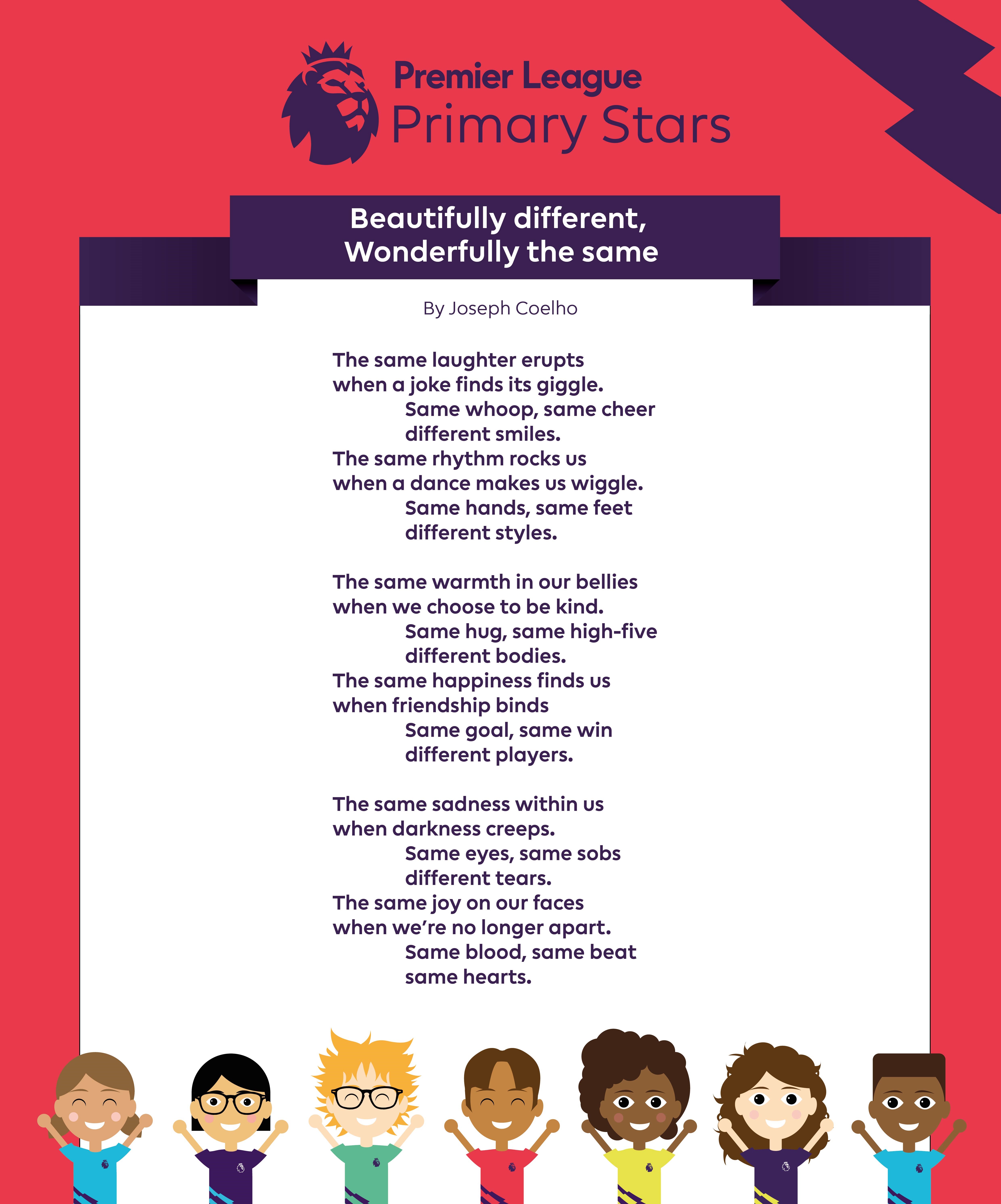 Download a Welsh language copy of the poster here.

Watch the video below to hear the poem read aloud by an all-star cast!

Prizes for regional and Welsh winners and overall winners:

There are also some brilliant bags full to the brim with poetry books for the first 1000 schools who submitted entries!

The judges will be looking for the following:

We will judge poems on their creative merits. Primary age children develop their skills in writing, spelling and punctuation as they go through school and poems will not be disqualified for errors in handwriting, spelling or punctuation. However, we would encourage all entrants to proof read their poem carefully and send us their best copy.

We created some competition packs developed in partnership with the National Literacy Trust with just the right amount of useful resources, including lesson ideas, poem entry activity sheets, and inspirational videos.

Download what you need and get your pupils writing! You need to register to access all the resources - it's free and really quick to do.

Welsh language versions of these packs are also available below:

You might also be interested in our other English poetry packs – have a look at our Key Stage 1 resource Matchday Magic and our Premier League Reading Stars resource, Poetry Slam, for pupils in upper Key Stage 2. There is also a Key Stage 2 PSHE pack all about Diversity.

This competition is now closed.